If you are looking for information on Falstaff for touring click here. 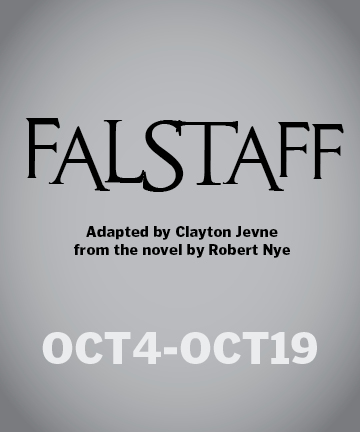 So, you think you know Sir John Falstaff, Shakespeare’s most beloved hedonist? You don’t know Jack! Theatre Inconnu’s Artistic Director Clayton Jevne has adapted acclaimed British author Robert Nye’s Guardian Fiction Prize winning novel into a one-actor romp through the life of Sir John. Fifteenth century Britain is brought to life as Jack take us into battles, bedrooms, and bars – sparing few details – as he relives the ecstasies of the carnal and the horrors of the carnage.

Nye’s Falstaff is a heroic and comical combination of Shakespeare’s self-absorbed buffoon and the actual historic figure of Sir John Fastolf; whose writings chronicled the latter part of the Hundred Years War. Come share seven decades of decadence and valor in this world-premiere presentation. Falstaff contains certain passages that are adult in nature and made be considered offensive by some. 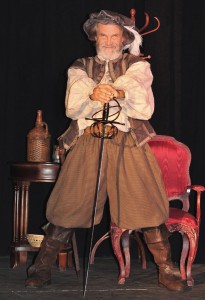